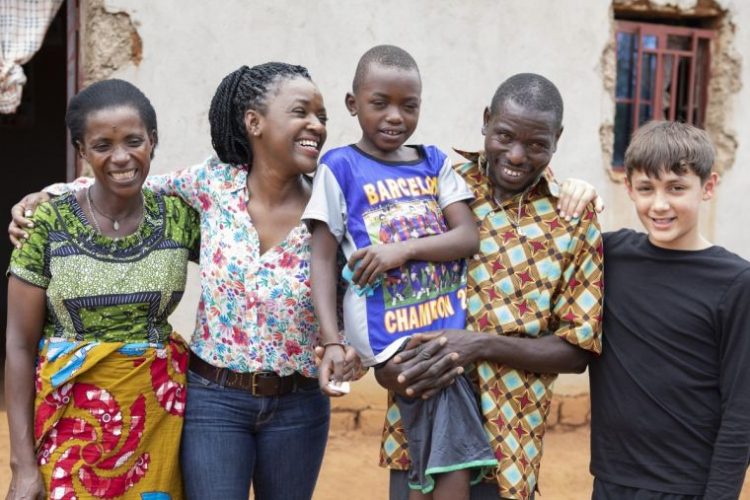 Sight loss is an issue very close to Diane’s own heart, having grown up with a mother and father who were both affected by this problem – her mother with cataracts; her father with, first, a workplace accident that left him blind in one eye, and then later, glaucoma.

“Most of us struggle through. We put things off, don’t complain as we don’t want to be seen as a hypochondriac. Sadly I wish my father had been a hypochondriac because by the time he was diagnosed with glaucoma it was quite advanced,” she says.

That experience was life-changing for Diane.

“He really lost his confidence and that spurred me on to ensure I get my eyes tested every year,” she says.

With eye tests being so easy and affordable in the UK, Diane is passionate about encouraging others to do the same, especially those from an African Caribbean heritage who are more susceptible to glaucoma.

“If you’re 40 and above, and have a family history of glaucoma, you’re entitled to free eye testing,” she explains.

“In this country there’s an optician on virtually every high street and the test, which only takes minutes, is just once a year. To me, this seems a very small price to pay to look after our sight – it seems mad not to take advantage of the treatment that we have easy access to.”

It is exactly this kind of sight-saving treatment that CBM is working to provide for free in countries like Rwanda and the developing world – countries that don’t have anything like the NHS that we so often take for granted.

“It costs around £100 for an operation that will have sight-saving impact. That’s less than the cost of a mobile phone or a pair of trainers,” Diane notes.

In Rwanda, where many people struggle just to put food on the table and keep a roof over their heads, finding £100 is a huge challenge. And even if they can gather the money, many are nowhere near a hospital.

“In the UK, someone with limited sight can still live relatively independently. But if you live in a poor rural community in Rwanda, finding £100 for treatment is much more prohibitive. The eye hospitals are usually hundreds of miles away.

“As villagers typically don’t have cars, they walk many hours just to get to the bus stop. For someone with limited sight, travelling to an appointment is epic.”

If a family manages to save the money for the bus fare and hospital treatment, a round trip can easily take two days, she explains.

“But because money is extremely tight, parent and child routinely eat nothing for the duration, and certainly don’t stay overnight in a hotel. It’s more likely for a parent to sleep on the floor in the ward next to their child’s bed or, if possible, squeeze into the little bed with them, before making the long journey back home the following day, without even having any water to drink. It’s really tough.”

In the end, many families have to weigh up whether it’s worth spending what little money they have on medical treatment they’re not sure will work; or whether it makes more sense to get on with life, accepting the difficulties that caring full-time for a blind or visually impaired person will bring.

“Children with sight problems are often seen as a burden in communities where every family member has to contribute to the household,” says Diane.

“Even if children go to school, everybody has to chip in. So if there’s a family member who cannot contribute because of blindness, but is an extra mouth to feed and needs someone to look after them – resulting in two family members being unable to provide – that child is considered a problem.

“It’s not that parents don’t love their children. Poverty forces them to be pragmatic.”

CBM is appealing for donations so that more families in Rwanda will no longer have to make these kinds of hard choices – families like Etienne’s, a young boy whose life was changed by cataract surgery paid for by CBM.

While the hope was “palpable”, so was the anxiety because there was so much riding on it, Diane recalls.

“Because Etienne’s cataracts had been left untreated for so many years there was a strong possibility the treatment might not work. And then what?

“Did this young boy aged 10 know how crucial the procedure was?  And what would his outlook be if he didn’t regain his sight?”

Diane was there to see the incredible moment when the bandages were removed by the doctors and Etienne could see for the first time. It was a moment she’ll never forget.

“When they started taking the bandages off, it felt like the world had stopped. We were all too scared to breathe.

“And this superhero little boy didn’t scream or complain, even though the doctor said it would be painful for him.”

To everyone’s joy and relief, the treatment went well and Etienne could see.

“I just thought, wow, this is a complete miracle,” says Diane. “Up until now Etienne had only experienced the dark and now he saw the light.”

None of this transformation would have been possible without Doctor Theophile Tuyisabe, a Christian, who despite his incredible skill, was keen to point everything back to God.

“I do my bit but no matter how great my job is, we are literally in the hands of God and all things are possible,” he had told her afterwards.

For Diane, too, the transformation from being a boy who was virtually blind to one who could now see had the fingerprints of God on it.

“This certainly was an act of God. No one expected Etienne to regain so much sight. To me, the doctor was a superhero too. I don’t think he realised quite how amazing he was.”

Being there for this unforgettable moment, a bond has been forged with Etienne and the word Diane uses is “family”.

“It was really hard leaving but we’ve made plans to stay in touch,” she says. “My grandson Preston and I feel very privileged to have met Etienne and his family, to have shared such a significant moment with them. We’re going to be in each others lives forever.”

Now back in the UK, Diane wants to share Etienne’s story in the hope that more people will be inspired to give, even if it’s just a little.

“There are many more little Etiennes out there who also need this life changing surgery,” she says.

“Sometimes when we see a news story about need in the developing world, it can seem so overwhelming we look the other way. We fail to notice the person behind the need.

“My grandson and I had the privilege of sharing life with Etienne and his family; we really got a sense of who they are. We saw the greatness in them as opposed to thinking about them as a problem that needs fixing.”

In a word of encouragement to Christians in particular, she added: “The Bible tells us that the best way to worship God is to care for people in need. An expression of how we value our Maker is how we care for the least of us.”

CBM plans to use the money raised by the See The Way campaign to bring eye care services to rural communities in Rwanda so that people affected by sight loss no longer have to make the arduous and costly journey to the city.

“CBM really wants to bring sight saving services closer to people in rural communities so they can get the treatment, the glasses, the eye drops that not only can save their sight but impact them and their communities for the better, for life,” she says.

“Sight loss in the developing world is something that can be changed overnight,” she continues.

“Even if you give a small amount, I promise it will have a life impacting effect. A small donation is like day and night so please don’t hesitate. Please give now so that your contribution can be doubled by the UK government.

“That will help more families like Etienne’s access very simple eye support so that their outlook doesn’t have to be bleak.

“As we’ve seen in Etienne’s case even giving a small amount has a huge impact – it profoundly, tangibly transforms a life.” 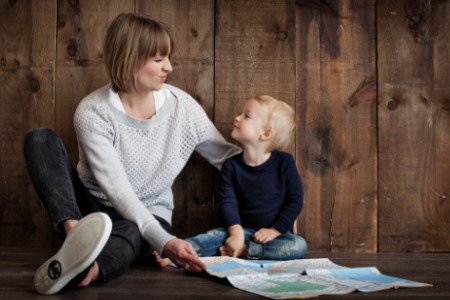 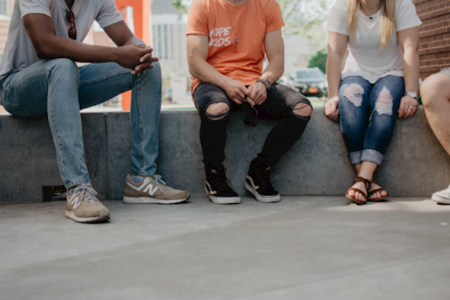 (Christianity Today) As we enter 2020, we must continually confront challenges to evangelism to prioritize the spread o...

Your own ears will hear him.
Right behind you a voice will say,
“This is the way you should go,”
whether to the right or to the left.