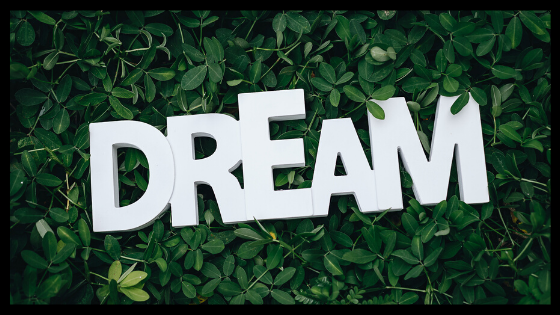 God’s original plan for man in terms of man’s position in the earth would be found in Genesis 1:28. “And God blessed them, and God said unto them, Be fruitful, and multiply, and replenish the earth, and subdue it: and have dominion over the fish of the sea, and over the fowl of the air, and over every living thing that moves upon the earth.”

Based on the above scripture, several things are made crystal clear as it relates to God’s original intent for man, primarily, mankind was created to advance, increase, multiply and to overpower whatever challenges his progress. Secondly, God gave mankind and not spirits dominion over the earth.

On the other hand, Satan’s plan for man is quite the opposite. Scripture says the following, “The thief (which is Satan) comes not, but for to steal, and to kill, and to destroy” John 10:10. These are crucial points to stick a pin in when it comes to our dreams. These principles set the bases of all dreams, meaning that despite how complicated or straightforward a dream may present itself, the above laws should always be our GPS as to how we navigate to the accurate interpretation of our dreams.

So, to put it in simple terms, the purpose of our dreams are:

a) To reveal to us what’s pending in the unseen world (the spirit world) or to reveal to us the root causes behind the mysteries concerning our lives.

With that said, the first thing we should do when attempting to understand our dreams is to decipher if our dream is from God or Satan. We calculate this by using Genesis 1:28 and John 10:10. If the dream is from God, then the contents of the dream will inevitably be about advancing, promoting, replenishing, etc., or it will be about things that will benefit us. On the other hand, if the dream is consistent with things being taken from us, stuff going missing, death, destruction, etc. then clearly such a dream is from the kingdom of darkness.

In either case, because God has given mankind and not spirits dominion in and of the earth, spirits can not just do what they want to do whenever they desire to do in the earth. Instead, human assistance but, more importantly, social approval, be it covertly or overtly is a MUST to manifest the will of spirit beings in the earth. Surprisingly this also includes God. Now I know that many of you are challenged by the fact that I said that God needs man’s approval or permission to operate in the earth, and I am sure your reasoning would be God needs no one’s authority to act anywhere simply because he’s God. Well, aside from the scriptures that clearly indicate that the earth and its responsibility was given to man, Psalm 115:16 and that God gave man dominion or rule over the affairs of the earth, Genesis 1:26,28, every book of the Bible reveals this principle.

In fact, if one were to review scripture carefully, whatever God did on the earth, it was never outside the consultation of man. For example, I am sure you’ll agree that God is all-powerful, right? So why did he use Moses to free the Hebrew people from Egyptian bondage? Couldn’t God just kill Pharaoh and his armies and took his people from Egyptian bondage straight to the promised land? Why did God not kick down the walls of Jericho, but instead, he used Joshua to follow a set of instructions to have the walls of Jericho destroyed. These are but minimal examples compared to the many examples demonstrating God’s laws and principles of man ruling the earth, and for any spirit beings to participate in earth’s affairs, the ultimate approval or cooperation must be approved by man.

Satan, on the other hand, understands his limitations and restrictions as it relates to his performance on the earth. Well, we need not go any further than Genesis 3. Satan knew quite well that for him to carry out his evil objectives on the earth, he MUST again secure man’s approval. In Genesis 3, he manipulates Eve by encouraging her to disobey God’s command as it relates to the forbidden tree they were not to eat from and obey his suggestion, which legally opens the door for him. Well, we all know what happened as a result of that incident, right?

So, in essence, spirits would either influence, persuade, encourage, tempt, entice, or lure human beings to advance their will or objective in the earth through securing covenants between themselves and human beings. This is how things manifest from the spirit realm to our natural world. So, about our dreams. If your dream is consumed with killing, stealing, or destroying. Then make no mistake that the contents of such dreams are revealing evil spirits hoping to get you to agree to such a dream. The idea is to secure an evil covenant between you and the evil spirit so that they can legally manifest their evil intent in your life and by extension in the earth. If the dreamer does not challenge such events in his dreams or cancel and rebuke the dream upon waking, then the manifestation of that evil covenant will prevail in reality.

The reality is, upon waking from a dream, you must first ask yourself, what covenant did I agree to? This is the primary reason why it is a must that you remember your dreams because you’ve either knowingly or unknowingly forged a covenant in your dream that may pan out something very terrible for you later.

A simple prayer to pray upon waking from a dream that either you didn’t understand, or you just don’t remember will be as follows.”Heavenly Father, in the name of your son Jesus Christ, if whatever I have dreamed was of you, then I come in complete agreement with your plans for my life. However, if my dream was not from you, then I cancel, rebuke and renounce all evil covenants that may have been covertly secured in my dream in the name of your son Jesus Christ! 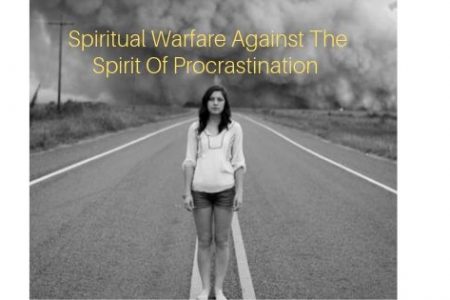 Spiritual Warfare Against The Spirit Of Procrastination. One of the basic principles of spiritual warfare is the law... 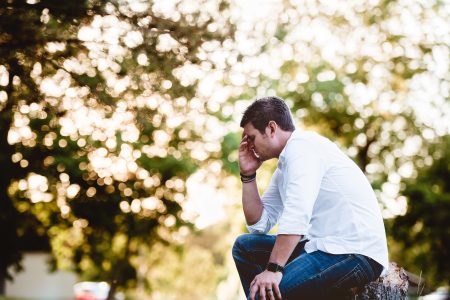