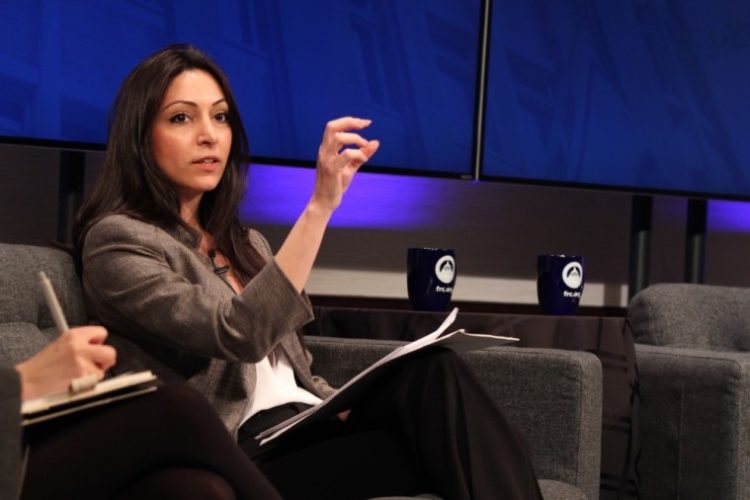 The day was Monday, March 30, 2009, when her family home received a phone call from the government demanding that her father, Victor Bet Tamraz — the pastor of an Assyrian Pentecostal congregation in Tehran — meet at his church.

The family arrived at the church and were greeted by lots of cars and big men. The pastor was given the choice by a government official to either “give up the keys” to the church or ensure that the church only allows Assyrian speaking members.

Speaking at a Family Research Council panel discussion on religious freedom in Iran Wednesday afternoon, Tamraz explained that the family and church members asked to be given a few hours to pray about what their decision will be.

After a couple of hours, Tamraz said her father walked out of the church and handed the keys to an official from the intelligence service.

“[My father] said, ‘Thank you very much. You have done us a great favor. We don’t know how to thank you. Please close down the church,’” Tamraz recalled. “He looks at my dad and said, ‘Are you crazy? Why are you saying thank you?’”

Tamraz said that during the prayer time in the church, the congregation heard from God that if they allow the authorities to close down the church, He will “open the gates of Heaven.”

“My father said, ‘Thank you, because I can’t wait for God to open the gates of Heaven for people to shout Hallelujah on the streets,’” Tamraz said.

Today, Tamraz’s father, mother, and brother are among dozens of Christians facing jail time, abuse and torture in the Islamic Republic of Iran simply because of their faith in Jesus Christ.

Tamraz’s father is in the process of appealing a 10-year prison sentence he received in 2017. He was arrested in 2014 during a Christmas gathering and was held for 65 days in solitary confinement. Tamraz’s father was accused of acting against national security by conducting house church meetings and evangelizing.

While Tamraz’s mother, Shamiram Isavi, is appealing a five-year prison sentence, Tamraz’s brother, Ramiel Bet Tamraz, turned himself in last month to serve the time remaining on a five-month prison sentence he received after his 2016 arrest at a picnic gathering.

“In 2019, at least five, six times [my parents] were told to go to the court for their court hearing only to go there and to hear that their case has been canceled or postponed for various reasons,” Tamraz detailed. “The latest [excuse] was the court was ‘too crowded.’ It’s been two-and-a-half years that my parents have been dealing with court cases and trials and hearings.”

Tamraz said her parents’ next appeal hearing is scheduled for late February.

Tamraz herself was arrested and detained in a men’s detention center in 2009. However, she was able to escape Iran after her release. She is now based in Switzerland where she’s engaging in an international campaign pressing for the release of her parents.

Tamraz was among several persecuted believers from across the globe who met with President Donald Trump during the 2019 U.S. State Department Ministerial on International Religious Freedom.

“Vice President [Mike] Pence as well as Secretary [Mike] Pompeo in statements many times have asked for my parents’ release,” Tamraz told The Christian Post. “They have asked in written and verbal statements. We’ve had requests and tweets asking for the release of my family.”

Tamraz explained that the crackdown on Christianity in Iran goes much deeper than her parents’ case.

Governed by Islamic law, Iran ranks as the ninth worst country in the world for Christian persecution by Open Doors USA as the regime has relentlessly persecuted Muslim converts to Christianity.

“Together with the Revolutionary Guard, they are arresting all attendees. They raid Christian gatherings at home, restaurants, everywhere that they meet,” Tamraz said. “They arrest them and confiscate their belongings, their houses. Most of these Christians are subjected to intensive and often abusive interrogations. They are often tortured physically and mentally.”

Tamraz said her family knows all too well what it feels like to be monitored by the government.

“We have had cars following us for years. It was normal,” she recalled. “I left Iran 2010, 2011 [and] it took me nine or eight years to stop looking back or look in the mirror to see if there is a car following me or not. Growing up, I thought that was very normal. Now that I am in a normal country, I now know what normal looks like.”

Tamraz said that her family has had to “be careful for our entire life.”

“We have been monitored, our house has been broken in. My father was regularly arrested and interrogated,” she said. “Sometimes it was just before the Sunday service began. We always had to be prepared to preach in case my dad got arrested. That became normal but it was part of our life growing up.”

According to the human rights monitoring group Article 18, at least 25 Christians were arrested in Iran in 2019 while at least 13 Christians received sentences that ranged from four months and five years for allegedly acting against national security. According to Tamraz, dozens of other Christians that were sentenced in previous years are still waiting for their court hearings.

“Most of these Christians have been arrested, sentenced and charged with charges mainly acting against national security. They lack due process in the trials,” Tamraz said. “The case of my parents … is case in point.”

“On the 24th of February in a few weeks, [my parents] will face their final court hearing, if it takes place,” she continued. “We do really pray that their sentence will be dropped and they can practice their faith in peace and dignity and in freedom as the ought to.”

The two were arrested in 2009 and spent 259 days in Iran’s notorious Evin Prison. Although they were sentenced to death, Rostampour and Amirizadeh were released from prison thanks to immense international pressure.

Rostampour and Amirizadeh left Iran in 2010.

She assured that “it can happen to any of them.”

“That is why they have to be very cautious about their communications,” she explained.  “They can’t worship God loudly. We have to stay very quiet because you never know who is your neighbor and it can happen at any time.”

Despite the persecution, the panelists agreed that the underground church in Iran is one of the fastest-growing church movements in the world.

According to Open Doors USA, there are an estimated 800,000 Christians in Iran, almost double the persecution watchdog’s estimate of 450,000 in 2016.

“Underground churches are growing in Iran and many people are coming to Christ,” Amirizadeh assured. “Now people are seeing the true face of Islam and they are very open to Christianity and the message of salvation. People are experiencing the love of Jesus through Christianity.” 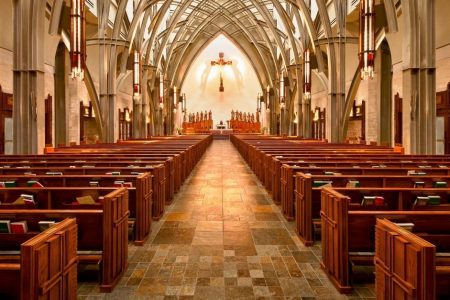 1. We are not in control  The reality is that today, more than ever before, we can control signific... 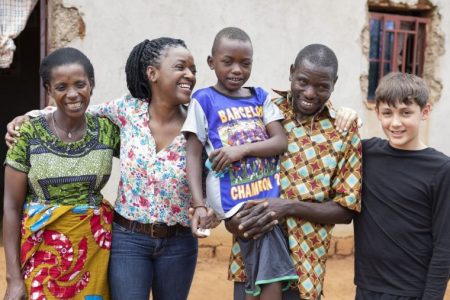