In the Bible, there are over four hundred references to altars.

The initial altars erected for God were made by men who had an encounter with Him.

On these altars, they made sacrificial offerings to God:

The word altar is first used in Genesis 8:20 when Noah built an altar to the Lord after leaving the ark.

However, the idea of having an existing altar was as early as Genesis 4:3–4 when Cain and Abel brought their sacrifices to the Lord.

What is an altar?

An altar is any structure upon which sacrifices and offerings are made.

It operates as a system of authorization and provides a platform where the spirit realm contacts the physical realm on legal grounds.

An altar can be a:

1. Physical monument as seen in the old testament (Abraham)

2. An Institution as seen in (Solomon’s temple)

3. Or a person – “present your bodies as a living sacrifice, holy and acceptable to God, which is your spiritual worship.”(Romans 12:1)

They are righteous altars and evil altars.

Personal Altars — between you and God.

Family Altars — between your household and God.

Marriage Altars — between the couple and God (if your spouse is unsaved or refuses to join, go before God on both your behalf) 1 Corinthians 7:14

Church Altars — placing the needs of the people and your church before God.

Community Altars — persons in your community meeting to intercede for the community.

National Altars — Persons in the nation meet to intercede on behalf of the nation before God.

The benefits of Building an Altar to God

No man ever becomes great in life, either in the spiritual or the secular, without the backing of an altar.

-When we raise a righteous altar unto the Lord, it becomes a gateway to heaven.

-It stands as a memorial for those who raise them.

-Altars can speak for generations.

-The descendants of godly men who raised righteous altars are blessed by God’s covenant relationship with their ancestors.

-You can lose your inheritance if an altar of righteousness does not protect it.

-Altars open unseen doors in the spirit’s realm. These are the highways for angelic traffic.

Men in the old testament who erected altars to God

Jeshua/Zerubabbel, And Their Brethren: (Ezra 3:2-3)

Then Noah built an altar to the Lord, and took of every clean animal and of every clean bird and offered burnt offerings on the altar. Genesis 8:20 (ESV)

The Lord appeared to Abram and said, “To your descendants, I will give this land.” So he built an altar there to the Lord who had appeared to him. Genesis 12:7 (ESV)

Moses wrote down all the words of the Lord. Then he arose early in the morning and built an altar at the foot of the mountain with twelve pillars for the twelve tribes of Israel. Exodus 24:4 (ESV)

David built there an altar to the Lord and offered burnt offerings and peace offerings. Thus the Lord was moved by prayer for the land, and the plague was held back from Israel. 2 Samuel 24:25 (ESV)

Solomon also made all the furnishings that were in the LORD’s temple: the golden altar; the golden table on which was the bread of the Presence; 1 Kings 7:48 (ESV)

Then arose Jeshua the son of Jozadak, with his fellow priests, and Zerubbabel the son of Shealtiel with his kinsmen, and they built the altar of the God of Israel, to offer burnt offerings on it, as it is written in the Law of Moses the man of God. Ezra 3:2 (ESV)

You blind men! Which is greater: the gift, or the altar that makes the gift sacred? Matthew 23:19 (ESV)

I appeal to you, therefore, brothers, by the mercies of God, to present your bodies as a living sacrifice, holy and acceptable to God, which is your spiritual worship. Romans 12:1 (ESV)

We have an altar from which those who minister at the tabernacle have no right to eat. Hebrews 13:10

Another angel, who had a golden censer, came and stood at the altar. He was given much incense to offer, with the prayers of all God’s people, on the golden altar in front of the throne. Revelation 8:3 (ESV)

When God speaks to people about altars,

He wants to enter a fresh covenant with them.

By bringing about changes in their lives and ushering them into a new season with a fresh anointing.

Sometimes, He also wants to visit the land. It is therefore vital that we keep the altars of our nations alive.

Also view: The significance of building an altar to God 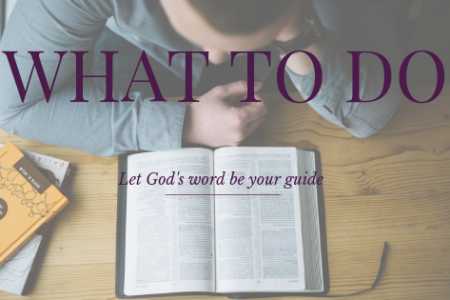 As you go through this new year, I would like to encourage you to let God's word be your guide. Light Ho... 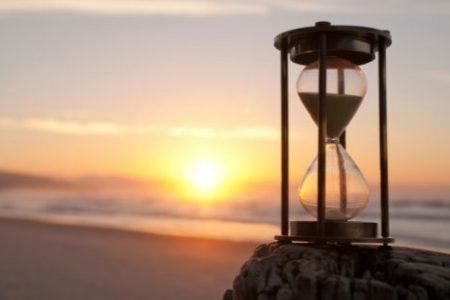