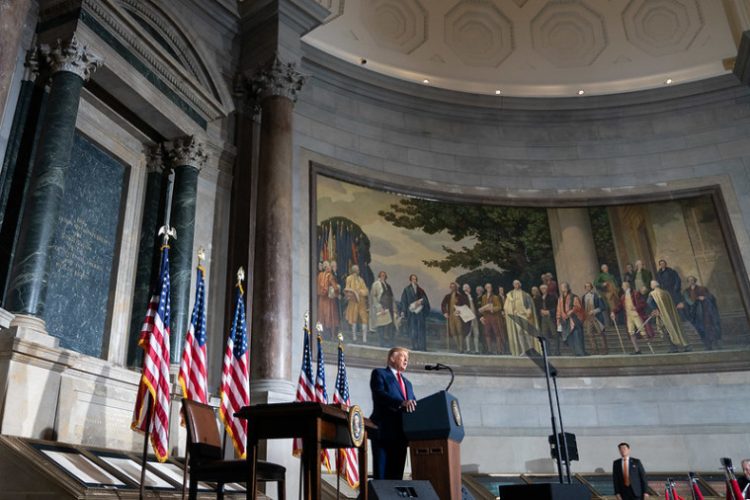 Trump’s order expands on his initial directive to include not just federal agencies, but any person or organization that receives money from the government through business contracts or grants.

“A few weeks ago, I BANNED efforts to indoctrinate government employees with divisive and harmful sex and race-based ideologies. Today, I’ve expanded that ban to people and companies that do business with our Country, the United States Military, Government Contractors, and Grantees. Americans should be taught to take PRIDE in our Great Country, and if you don’t, there’s nothing in it for you!” Trump tweeted Tuesday.

The controversial critical race theory, which has been a lightning rod for debate and division in evangelical circles, is an ideological framework that some legal scholars argue interrogates the relationship between race, law, and power. White privilege, a component of CRT, is defined by The Alberta Civil Liberties Research Center as “the unquestioned and unearned set of advantages, entitlements, benefits and choices bestowed upon people solely because they are white.”

Trump argued in the latest executive order that a vision of America as a place “grounded in hierarchies based on collective social and political identities rather than in the inherent and equal dignity of every person as an individual … is rooted in the pernicious and false belief that America is an irredeemably racist and sexist country.

“This destructive ideology is grounded in misrepresentations of our country’s history and its role in the world,” Trump wrote. “Although presented as new and revolutionary, they resurrect the discredited notions of the nineteenth century’s apologists for slavery who, like President Lincoln’s rival Stephen A. Douglas, maintained that our government ‘was made on the white basis’ ‘by white men, for the benefit of white men.

“Our Founding documents rejected these racialized views of America, which were soundly defeated on the blood-stained battlefields of the Civil War. Yet they are now being repackaged and sold as cutting-edge insights. They are designed to divide us and to prevent us from uniting as one people in pursuit of one common destiny for our great country.”

The executive order does not prevent any agency or contractor from promoting racial, cultural, or ethnic diversity or inclusiveness, but the programs must meet the standards outlined by the document.

“It shall be the policy of the United States not to promote race or sex stereotyping or scapegoating in the Federal workforce or in the Uniformed Services, and not to allow grant funds to be used for these purposes. In addition, Federal contractors will not be permitted to inculcate such views in their employees,” Trump said in the order.

Filmmaker, writer, and policy researcher Christopher F. Rufo, who previously noted it was his research conducted over the last several months that inspired President Trump’s decision to abolish critical race theory training at the federal agencies, praised the executive order on Tuesday as “astonishing.”

“The President’s executive order is nothing short of astonishing: he has used all of the mechanisms of power to destroy the anti-American ideology of critical race theory—and immediately takes the fight to the bureaucracy, woke corporations, and universities. He is playing to win,” Rufo noted on his website.

“The point on federal contractors is a major escalation: if a private company wants to work with the US government, they can no longer teach critical race theory anywhere in their offices. This could potentially disrupt CRT programs in half of the Fortune 500,” he explained. “The executive order will also disrupt the flow of money to academia’s critical race theory programs. The order stops all federal grants that support CRT—with the potential to cripple hundreds of academic projects moving forward.”

Christian blogger Matt Walsh said the president’s “war on critical race theory is maybe the most important thing he has done with his presidency.”

“Next it must be banned from schools, from elementary up to the universities. Leftist race hustlers have been brainwashing our kids into this madness for too long. Enough,” he wrote on Twitter.

Jemar Tisby, president of The Witness, recently argued on Twitter that critical race theory has been used unfairly by some fundamentalist Christians to demonize racial justice advocates in recent years.

“We watched almost in slow motion over the last few years as some fundamentalist Christians turned Critical Race Theory into the latest label to libel racial justice advocates. Now we’re seeing it become a kind of ‘Red Scare’ in the federal government,” he wrote after Trump’s first executive order on CRT earlier this month. 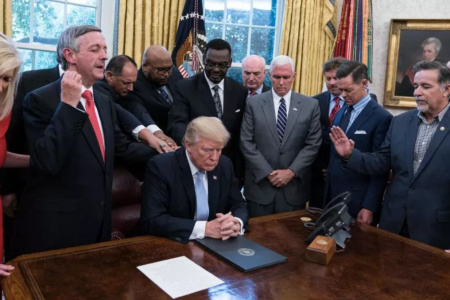 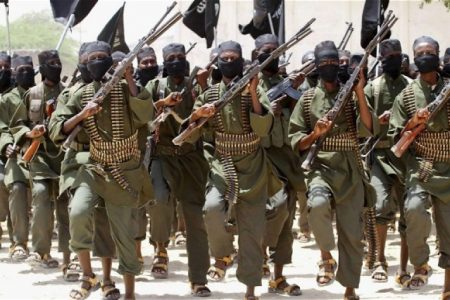 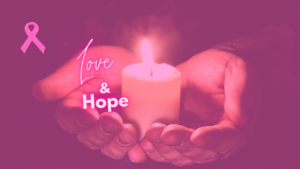 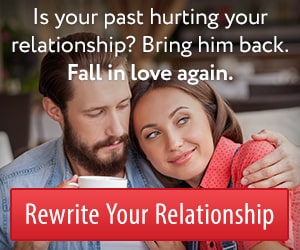