Throughout the Bible, the word oil was mentioned more than two hundred times.

of the Jewish people.

As fuel for lamps,

Biblically, oil represents the power and presence of the Holy Spirit.

Many denominations today still use oil in ceremonial anointings.

What oil in the bible symbolizes

The word oil is used as a metaphor for the Holy Spirit.

It symbolizes the powerful presence of the Holy Spirit of God.

When a person is anointed with oil it set them apart for ministry.

Special oil was created by Moses for the priests.

When God called Aaron to be the first priest of Israel, he was anointed with oil as a symbol of being consecrated to God for His holy work.

This oil was specially created by Moses under the instruction of God. It was used to anoint Aaron and his sons and to be set aside only for holy purposes.

The mixture of the holy oil consists of these fine spices:

They were various ways oil was used throughout the bible.

Oil was often used to anoint kings and priests in biblical times.

The most popular kings that were anointed by Samuel the prophet were Saul and David.

“Then Samuel took a vial of oil, and poured it upon his head, and kissed him, and said, Is it not because the Lord hath anointed thee to be captain over his inheritance?” 1 Samuel 10:1

“Fill a flask with olive oil and go. I’m sending you to Jesse in Bethlehem because I’ve selected one of his sons to be king” (1 Sam 16:1).

Moses anointed Aaron and his sons.

“And thou shalt anoint Aaron and his sons, and consecrate them, that they may minister unto me in the priest’s office.”( Exodus 30:30)

To consecrate holy places in the tabernacle

Objects in the tabernacle had oil placed upon them to designate their holiness.

Oil was often used to heal the sick and for medicinal purposes.

“Are any among you sick? They should call for the elders of the church and have them pray over them, anointing them with oil in the name of the Lord.”James 5:14

And went to him, and bound up his wounds, pouring in oil and wine, and set him on his own beast, and brought him to an inn, and took care of him. Luke 10:34

The good shepherd honors us with blessings.

“You prepare a feast for me in the presence of my enemies. You honor me by anointing my head with oil. My cup overflows with blessings.” Psalms 23:5

To pay a debt

Elisha helped a widow and her two sons pay off the creditors with oil.

“A certain woman of the wives of the sons of the prophets cried out to Elisha, saying, “Your servant my husband is dead, and you know that your servant feared the Lord. And the creditor is coming to take my two sons to be his slaves. So Elisha said to her, “What shall I do for you? Tell me, what do you have in the house?” And she said, “Your maidservant has nothing in the house but a jar of oil.” 2 Kings 4:1-2

“Then she came and told the man of God. And he said, Go, sell the oil, and pay thy debt, and live thou and thy children of the rest.” 2 Kings 4:7

Oils were used to beautify the women before they were taken to the king.

“Before each young woman was taken to the king’s bed, she was given the prescribed twelve months of beauty treatments—six months with oil of myrrh, followed by six months with special perfumes and ointments.” Esther 2:12

Oil was used on the occasion of death as bodies were prepared for burial.

The women poured fragrance oil on Jesus preparing him for burial.

“For in that she hath poured this ointment on my body, she did it for my burial.” Matthew 26:12

“And after this Joseph of Arimathaea, being a disciple of Jesus, but secretly for fear of the Jews, besought Pilate that he might take away the body of Jesus: and Pilate gave him leave. He came therefore, and took the body of Jesus. And there came also Nicodemus, which at the first came to Jesus by night, and brought a mixture of myrrh and aloes, about an hundred-pound weight.” John 19:38-39

As a uniting element

“Behold, how good and how pleasant it is for brethren to dwell together in unity! It is like the precious ointment upon the head, that ran down upon the beard, even Aaron’s beard: that went down to the skirts of his garments; ” Psalm 133:1-2

In these scriptures, oil was used negatively.

“The words of his mouth were smoother than butter, but war was in his heart: his words were softer than oil, yet were they drawn swords.”(Ps 55:21)

For the lips of a strange woman drop as an honeycomb, and her mouth is smoother than oil: (Prov 5:3). 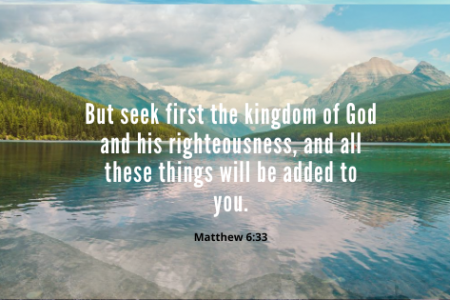 But seek first the kingdom of God and his righteousness, and all these things will be added to you. Mat... 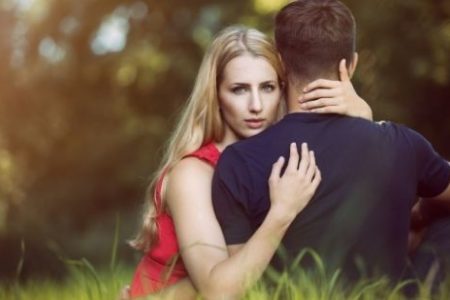